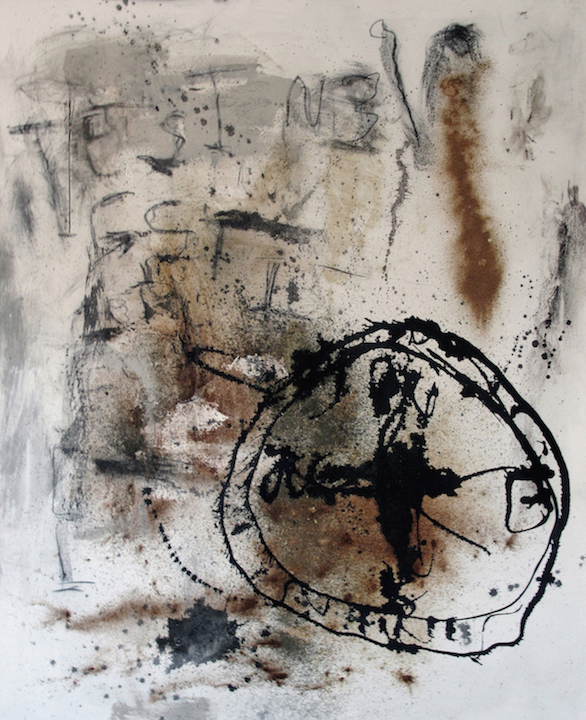 Stephen Lapthisophon incorporates everyday objects into his work as a means of breaking down the barriers between his art and daily life. His use of found objects such as string, cloth, leaves or egg shells, as wells as food materials including coffee, cinnamon or saffron, challenges our idea of permanence and process as they relate to art making. In doing so, he exalts the everyday and attempts to slow time in order to look longer and unpack hard-to-find meanings and forgotten histories. His mixed media works combine texts and letterforms to create poetic improvisations inspired by and referring to deeply buried literary sources.