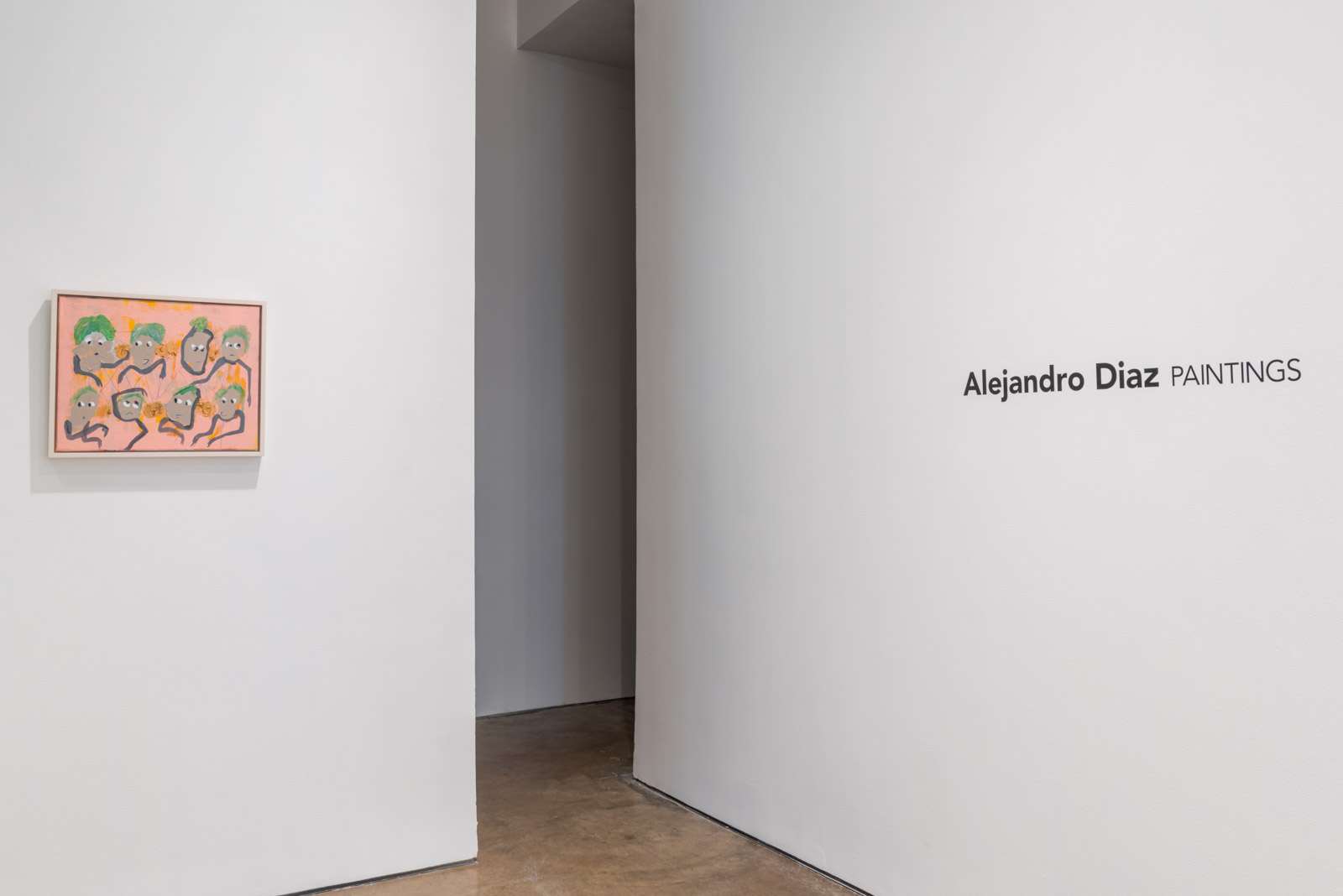 After my last exhibition, “It Takes a Village”, at the Linda Pace Foundation in San Antonio, I fell into the deepest of depressions. I felt I would never make art again. I didn’t realize it at the time, but that exhibition marked the end of a large body of work that I’d been making for the prior 20 years. Large-scale, high production value, made by outside fabricators. It had been years since I made anything with my hands and over time I had become alienated from my work.

I decided that in order to pull myself out of the depression, I was just going to make something – whatever felt right or whatever worked. I started making paintings (small ones) on the only blank wall in our small New York apartment. From the beginning I decided not to worry about large, looming social or political statements or even how the paintings might look.  I would embrace whatever came.

After a few paintings, I started grabbing things in the apartment, finding items at the dollar store and picking up discarded objects on the street that I collaged onto the surfaces of my paintings. I started to feel a sense of freedom, and at night would lie in bed with the latest painting propped on my nightstand and stare at it for hours, wondering how this painting ever happen.

The paintings presented here were done over the course of two years, and each is stylistically different from the next. During this time, I began scouring through art books and was going to MoMA several times a week since it is located just a few blocks from where I work. References from Symbolism, to Dada, to Mexican and German Modernism, to Pop Art, to Folk Art began appearing in my work.

It’s believed that Matisse once said that he could never make a sad painting – and it’s true. I would see the Matisses at MoMA and go home and make happy, lighthearted paintings that expressed the sheer joy of the act of painting – utter bliss!

On one visit, I stopped to look at Jasper Johns’ Flag. In love with Johns and his use of waxy encaustic paint, I began looking at the hidden messages (newspaper clippings of the day) embedded underneath the surface. In light of the current administration, Johns’ Flag seemed to take on a renewed presence.

During Obama’s time as President, I started to believe that we, as a country, had changed and had made great strides towards embracing human differences. The truth, as we now know, is that embedded underneath the surface what appeared to be real progress was hatred, guns, homophobia and racism. Johns’ battle flag was for a war that had not been won. I was moved to tears.

In the end I did go home and make a Johns’ Flag, a few more Matisse paintings, an Anni Albers inspired work, an Orozco, a Picasso and a Kahlo, only my paintings never looked like theirs – not even close.

In the process of their making, my paintings became something else – they became paintings that aimed to convey the emotional essence, not the look, of the works that had inspired them. I’m at home, in the kitchen, in our small New York apartment making paintings and loving it.