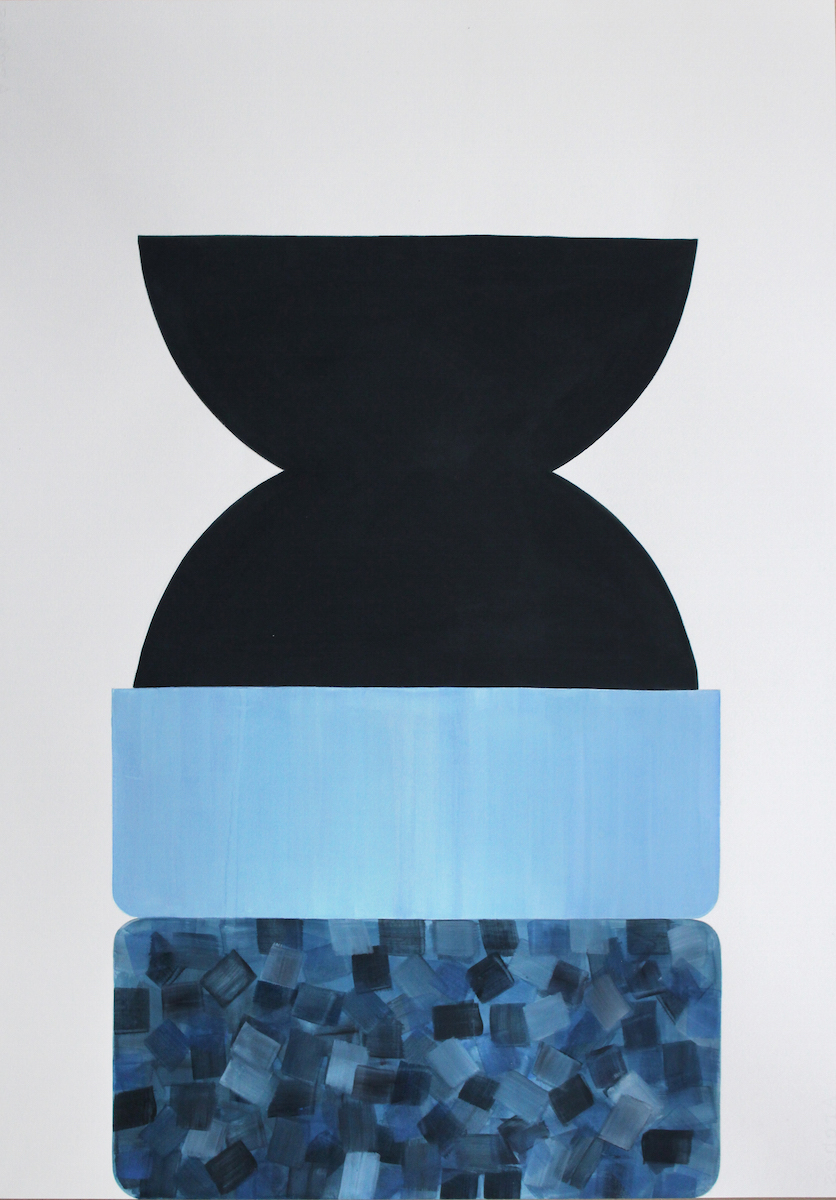 In an 18th century Berlin laboratory, a dye maker working on a red pigment borrowed contaminated potash from a colleague, which resulted in what we now call Prussian blue. Prior to this accidental discovery, blue pigment was rare and expensive as it was derived from lapis lazuli imported from Afghanistan. By the mid-18th century, the new synthetic pigment became a sensation and created a notable shift in the palette used by European artists. Jessica Halonen uncovered this history during her residency in Berlin earlier this year prompting her to explore moments of transition through her new body of work.

The title of Halonen’s exhibition, The Blue Hour, refers to an elusive period between day and night when a fleeting vibrant blue illuminates the sky. Halonen has taken several new approaches to her work, which comprises a range of materials, including paper, canvas, linen, wood and felt. The imagery consists of representational renderings and distilled details of forms that have been inspired by personal encounters. Untitled (Palace of Tears) places a reproduction of one of the last works by Manet, Flowers in a Crystal Vase (c.1882), atop an irregular blue grid that references tile work from a former East Berlin checkpoint. Although visually dissimilar, the two elements within this composition acknowledge an attachment to the past and convey a feeling of remembrance and loss.

Jessica Halonen was a recent Artist-In-Residence at Kunstlerhaus Bethanien in Berlin. She received her MFA in Painting from Washington University in Saint Louis. She was a fellow in the Core Program at the Glassell School of Art, Museum of Fine Arts, Houston and MacDowell Colony, New Hampshire. Her work has been in numerous exhibitions and is in the permanent collections of Museum of Fine Arts, Houston, Art Museum of South Texas and Fort Wayne Museum of Art. Halonen is an Associate Professor of Art at Trinity University in San Antonio.

The artist would like to thank Kunstlerhaus Bethanien, Blue Star Contemporary Art Museum, Trinity University, and Beth Van Allen at The Arkenstone for their support of this project.