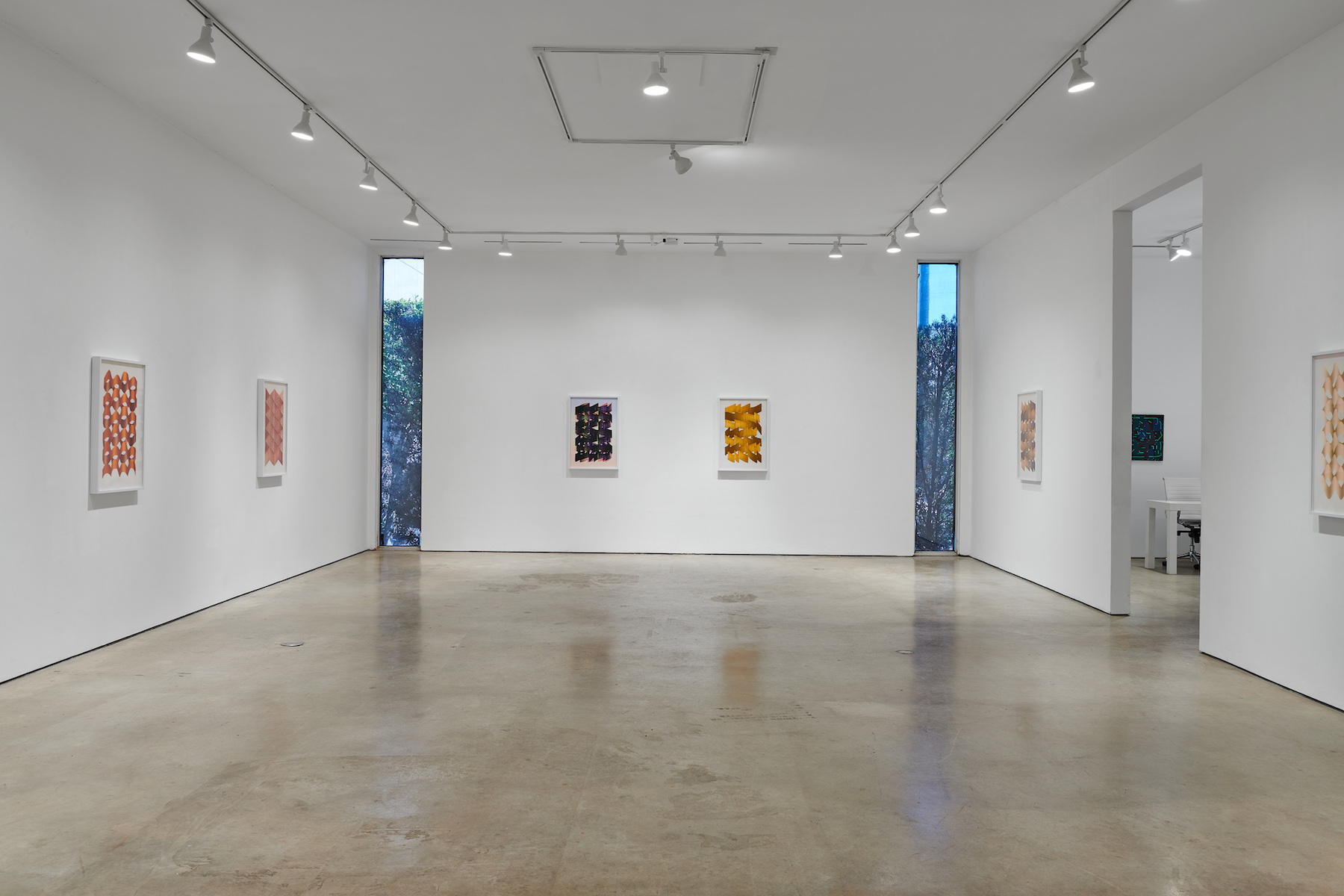 For his inaugural exhibition at David Shelton Gallery, Terraplane, Jeffrey Dell features screenprints from 2021 that continue an abiding interest in perception, space, color and pattern recognition. He pays great attention to the mechanics of how to mentally construct forms from a two-dimensional rendering. The screenprints in the exhibition are printed on translucent, frosted Yupo paper, and each work actually consists of two prints: a primary image in front, and a secondary image behind that is very gently visible in the negative spaces. We read into images as much for depth as for symbols, clues and promises of pleasure. Mixing flat patterns with illusionistic depth, Dell shows how “seeing” is a result as much or more of the mind projecting as receiving visual stimuli.

All of the titles are taken from science fiction novels, specifically from the 1980’s. This practice started by “quoting” the novels for which Chris Foss did the cover art (he did many) and then grew to other novels. “I owe a debt to Foss, as I spent hours living in the images he made. I projected myself into those futuristic worlds and consumed the promised pleasure they contained. Terraplane echoes the wistful aspirations of those novels.”, states Dell.

Dell has been influenced by many things, importantly by the Ukiyo-e graphic tradition in Japan and the particular way in which flatness and dimensionality are merged, the way that images can be both realistic and abstract. His images are also influenced by platform video games, science fiction, Maxfield Parrish, color phenomena (Annie and Joseph Albers in particular), the mechanics of human perception and how we negotiate our understanding of the visual world, and human pleasure.